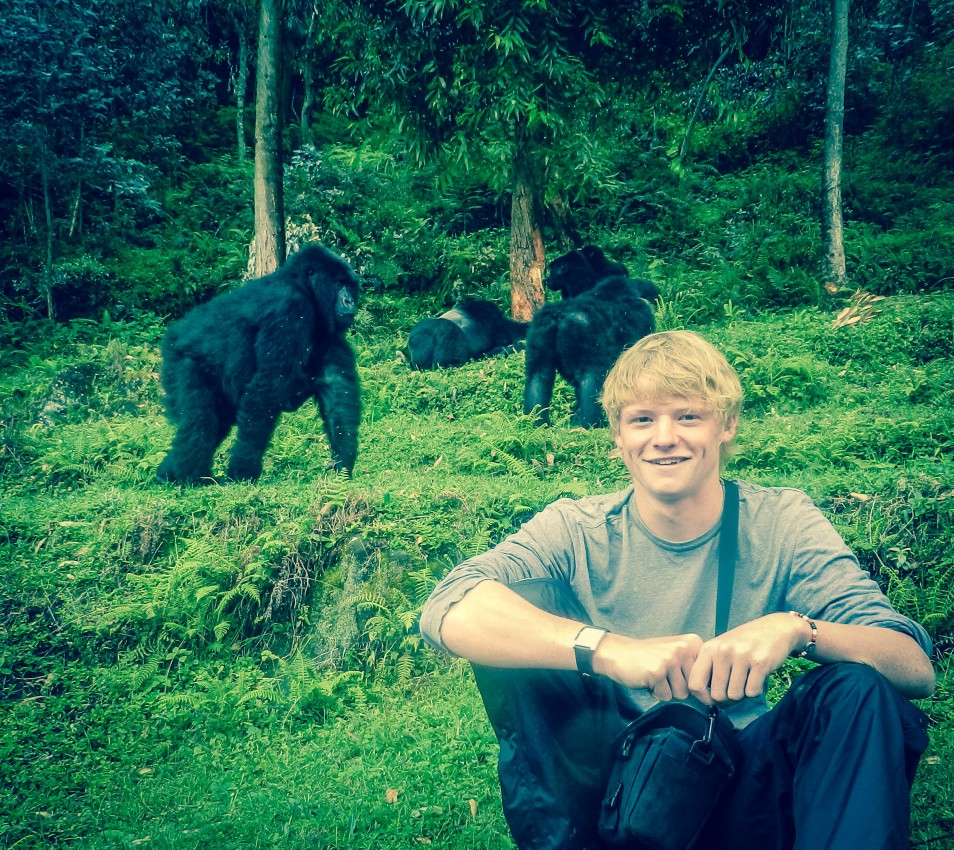 FACE TO FACE WITH A MOUNTAIN GORILLA

I had finally made it to Africa’s heart. Rwanda: a stunning country built on “a thousand hills” where tiny mud villages hug the steep fertile slopes. We headed for the breathtaking Virunga Mountains in the north of the country where the Parc National des Volcans borders the DRC and Uganda. A group of six volcanoes draped in 125 km2 of lush mountain forest, and of course home to some of the last remaining Mountain Gorillas.

At 6:30 am, we arrived at the ORTPN ranger centre, and if the strong coffee wasn’t enough to waken you, the thought of meeting a wild gorilla face to face sure was. We were allocated the “Hirwa” group, translated as the “lucky ones”, a group of 12 gorillas that had recently grouped together on the foothills between the Sabyinyo and Gahinga volcanoes. 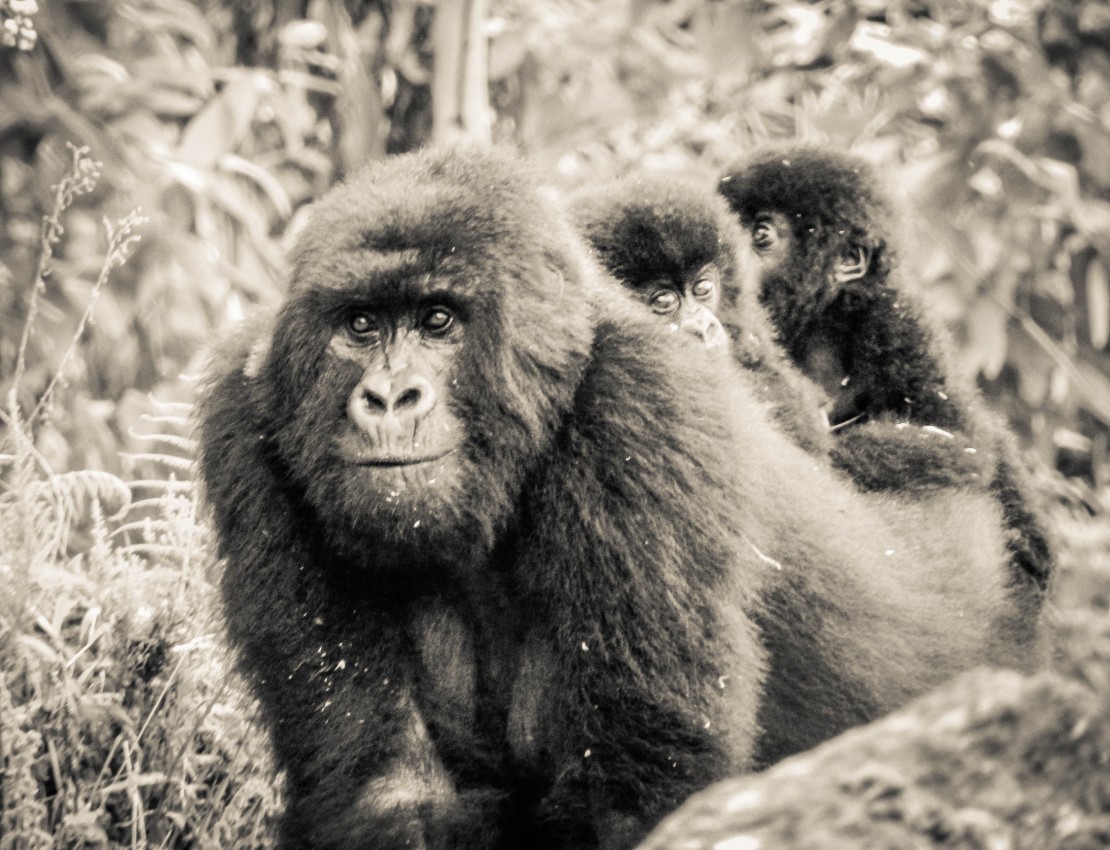 Once leaving the centre we travelled by 4WD for 20 minutes up bumpy tracks to the foot of the volcano. As the seven of us bounced about in the back of the vehicle, we were followed by a mass of children waiving and laughing as they ran. They followed for a good ten minutes before finally giving up on us! Not long after, the lane gave way to farmland and we all got out eager to start our trek. Here we met our two trackers who presented us with sticks to help us on our climb. Initially we trudged through a ploughed field, I couldn’t imagine the farmer being pleased with us, squelching through his crops in our heavy boots but no one seemed to care. After a slight climb we reached the far end of the field, where a stone wall edged into thick jungle. We clambered over the stones and began our assent up the base the mountain.  At nearly 9,000 feet above sea level the air was thin and cool, and as we scrambled up muddy slopes gripping on roots and rocks, I was relieved when our guide suggested a short break. Luckily up to this point, I had managed to avoid grabbing onto any of the harsh stinging nettles that we were constantly being warned of. We continued pushing our way through the mass of leaves for the next 40 minutes, single file, as our trackers followed the signs and spoor from the previous day. Then we stopped.

The branches cracked around me and the bushes rustled, surely it must be… a rush of excitement ran wild within me, had we found them? Were they here?

I stood at the front of our group, with nothing in front of me I stared into the thick vegetation. I stopped, my feet fixed firmly to the ground, all I remember was the pounding in my ears as my world stood still. Less than half a meter in front of me, a giant mass of black fur crept out of the leaves, stopped right in my path and stared. Dark orange eyes curiously locked with mine.  I quickly looked away, trying to be submissive I stepped back and slowly crouched. Soon after, we followed his Hairy shoulders as he swaggered on, leading our group into the opening where the family sat amongst the undergrowth, their fur, dark black contrasting against the vivid green of the jungle. To my left babies were climbing in tress, whilst adults chewed on bamboo. We sat down on the mossy ground whilst a fine spray of rain refreshed the thin air. Munyinya the silverback  sat about 9 metres away, a huge block of pure muscle, his light grey back gleamed in the light.  A rattle of deep thuds rumbled around the forest as he beat his humongous chest, bounding through the leaves towards us….

“Don’t go within 7m of a gorilla” repeated itself inside my head from our briefing at the centre….well what stops them coming towards us?!